The History of Wrought Iron 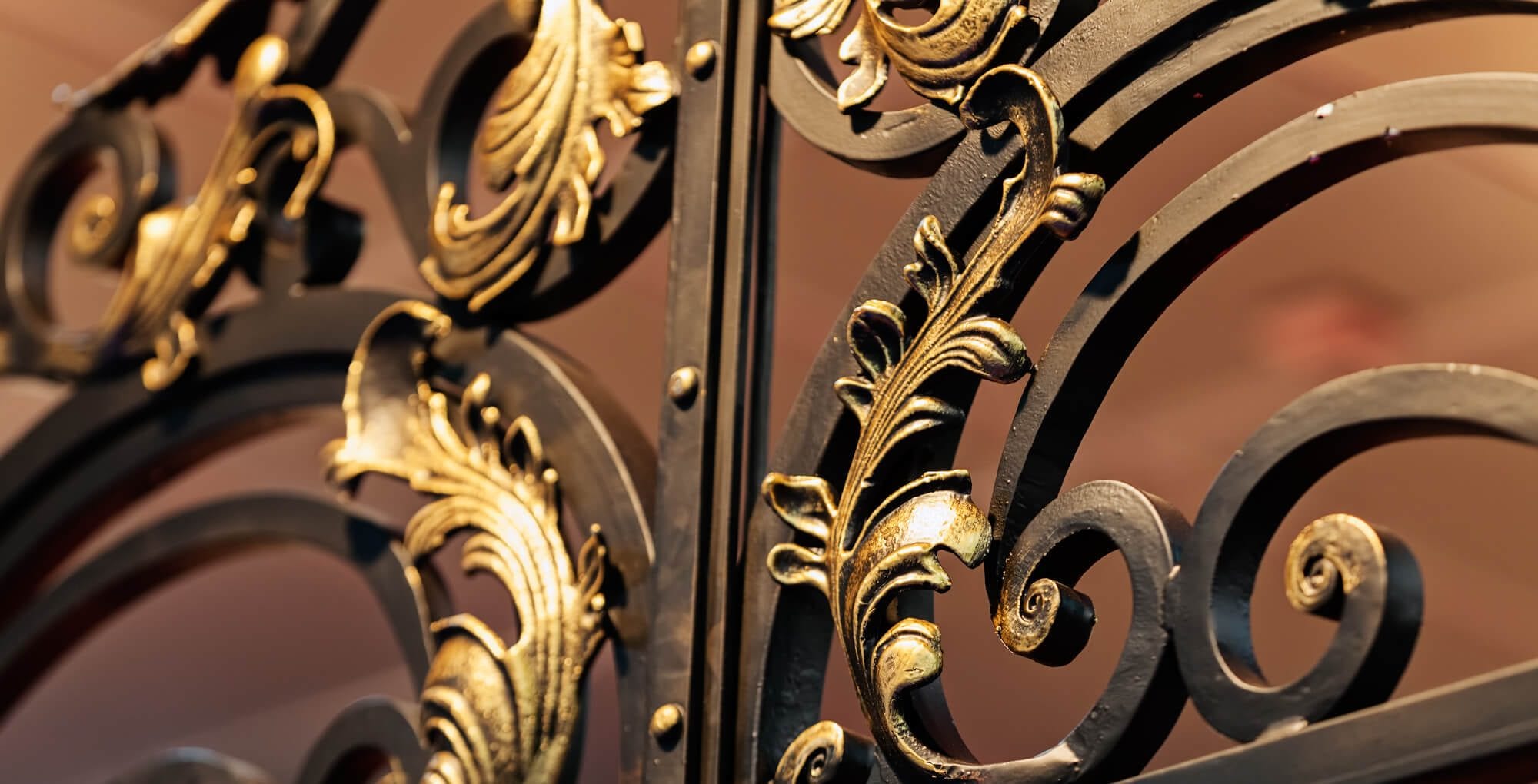 The wrought iron doors you see on homes are not a recent concept, as many believe.  In fact, they have a relatively long and rich history.  Given that wrought iron is not credited as having been discovered until the Iron Age, which was over 3,200 years ago, wrought iron was an element that was already being found.

The Egyptians are credited as having been the earliest discoverers of wrought iron.  They discovered and realized that many of the meteorites that fell from the sky to the Earth were composed of almost pure iron. During the meteorite's journey through the Earth's atmosphere, the heat the meteorite was subjected to would burn the carbon from the iron ore.  The result was what would soon become known as wrought iron.

Many countries, including ancient Europe and the Middle East, made use of the iron ore collected from the meteorites to fashion a variety of items, including:

Unfortunately, in those earlier times, meteorites were severely limited in number, and it would be quite a while before the invention of the smelting process that would be able to extract the pure iron from the meteorite's iron ore.

Wrought Iron – What Is It?

Historians estimate that the first development of what would later be known as wrought iron occurred in Turkey in 2 BC.  At that time, the Turkish people had successfully developed a process for smelting ironore.  Once smelted and the carbon on the ore was "burned away," the remaining wrought iron could be pounded,bent, and shaped as needed.

The newly formed iron was referred to as wrought iron due to the process used in the shaping and working of the iron while it was still being smelted.  With the carbon removed from the iron ore, when heated, it could easily be shaped and bent.  However, the cooler the ore became, the harder and stronger it became.

With the ever-changing method of smelting iron ore, we were able to mass-produce wrought iron in larger quantities.  History had shown that from approximately the 16th Century to when the current smelting furnaces were developed, wrought iron was utilized for:

During the Middle Ages, at approximately the 10th Century, historians believe iron doors appeared with their first historical use.  They were hung on the entrances to castles, towns, and homes, as they would serve to fortify the areas from possible invasion.  It was during this point in time that the use of wrought iron gates significantly grew in popularity.

Through the years, the beauty of wrought iron, and its intricate detailed artwork, soon became used by the European upper class and was seen as somewhat of a status symbol. The doors would be elaborate in their details and would become featured on homes throughout Europe.  Because of its beauty, churches started using wrought iron doors in their cathedrals.

Unfortunately, the wrought iron of today is not as pure as its counterpart in the past. Due to the labor-intensive process required to create the iron, the last facility in the USA that made wrought iron shut its doors in 1969.  However, if you are looking for pure wrought iron that harkens back to its days of origin, you can still find it in some parts of Europe.

The wrought iron that we see today is referred to in the industry as mild steel.  Unlike its pure counterpart, this type of wrought iron is comprised of a mixture of iron alloy and carbon.  The result is a product that is still highly durable and will last a long time.  By processing the wrought iron in this manner, the product is more affordable due to lower production costs.

Much like the original wrought iron, the mild steel needs to be heated, rolled, bent, and shaped. However, when going through the smelting process, the mild steel produces a product that needs coating with a galvanized finish that aids in protecting the iron from future rust.

A&A Custom Iron Doors – formerly known as A&A Leaded Glass and Doors – has been a leader in the door business since 1978 and has been fabricating beautiful custom wrought iron doors since 2007.  Contact us today, and one of our manufacturing specialists will be happy to assist you.

Is it time for you to design your custom iron door?

Getting started designing your custom iron door is simple! Simply call us to schedule a meeting at our showroom.
You can look through our website and find examples of iron doors that we've created and installed. We can take your favorite elements of those designs and bring them all together for the iron door that you've always dreamed of.
Call us today at (817) 496-0900, and we will get working on your dream iron door!
Get in touch